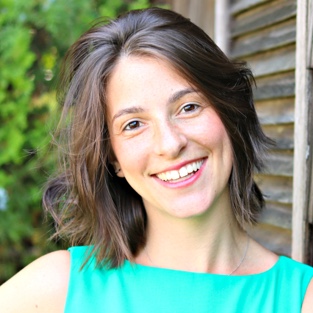 The New York metropolitan area picked up a one-two punch Thursday in the battle among North American cities hoping to become home to Amazon’s second headquarters, when both Newark and New York City landed on the retail giant’s shortlist.

The Seattle-based retailer had set off a frenzy among cities in the United States and Canada when it announced in September that it was looking for a location for its second headquarters, dangling promises of $5 billion in investment and as many as 50,000 jobs.

More than 238 applications poured in to Amazon from cities and regions vying to become its “HQ2.” Amazon has narrowed the list to 20, with most finalists far from the tech-saturated hubs on the West Coast. Along with Newark and New York City, Boston, Atlanta, Denver and Nashville all made the cut.

“New York gets two bites of the apple,” said Patrick L. Anderson, of the Anderson Economic Group, which advises cities on economic development and had handicapped the Amazon sweepstakes.

Before Amazon released its list of finalists, some analysts had dismissed the chances of either New York City or Newark. New York City was considered too expensive, and Newark was seen as hampered by its reputation as a hardscrabble urban center.

But Ras Baraka, the mayor of Newark, and Senator Cory Booker of New Jersey, one of the city’s most prominent residents, seemed intent Thursday on trying to capitalize on that image by appealing to Amazon’s potential to be a game-changer for the state’s largest city.

“We have sites ready downtown, or on the waterfront. We have universities and fiber,” Mr. Baraka said. “Amazon could have a transformative effect on one of America’s oldest cities. This is an opportunity for Amazon to change the narrative about the company and where it’s headed.”

If Amazon finds housing and the cost of doing business too high in New York City, it could turn to Newark, which sits atop the fiber optic cable spine running along the Eastern Seaboard and is in the midst of a resurgence. Office and apartment rents are substantially lower and Amazon already has a subsidiary there, Audible.

“Newark, New York City and Chicago all have very strong workforces,” Mr. Anderson said. “Newark has the advantage on cost of doing business, which is very important to Amazon.”

Mr. Anderson had put New York at the top of his list when he rated the competition last fall. Nearly three-quarters of his top 20 picks landed on Amazon’s shortlist.

But the eventual winner is by no means a foregone conclusion.

The Washington, D.C., metropolitan area presents a triple threat, with three areas — Northern Virginia, Montgomery County, Md., and the capital itself — making the list. Jeff Bezos, chairman of Amazon, has a home in Washington and owns the local newspaper, The Washington Post.

Still, there are 100,000 more tech workers in the New York region than in Washington and its suburbs.

Amazon’s finalist list hews closely to the criteria it established at the beginning of the contest: a metro area of more than a million residents; ease of transportation; a business-friendly environment; potential to attract and retain technical talent; and a strong university system.

“This is what Amazon said they wanted in a candidate,” Mr. Anderson said. “No incentives, silly sales pitches or talk of how cool their sports teams are.”

But at this stage of the contest, said Mark Zandi, chief economist at Moody’s Analytics, the subsidy packages that competing cities offer Amazon may influence the decision.

“Amazon, like most big companies, is dollars-and-cents oriented,” Mr. Zandi said. “Here’s where incentive packages may tip the scales.”

The state of New Jersey, which is backing Newark’s bid, has offered the biggest plum of all: $5 billion in tax breaks, grants and other subsidies. Newark officials have also discussed a supplementary subsidy package that could be worth as much as $2 billion.

“In the last decade, Newark has experienced unparalleled growth, paving the way for many new companies to call our city home. A Newark HQ2 would mean tens of thousands of local jobs, a boost to our regional economy and small businesses, and an opportunity for Amazon to take a tremendous stake in the continued transformation of our great city,” Mr. Booker said.

Critics contend that the Garden State is being overly generous with tax dollars.

“We remain wary of the steep price tag for taxpayers that state and local lawmakers have already put on this project,” said Jon Whiten, vice president of New Jersey Policy Perspective. “It has ensured that the returns will be minimized if Amazon were to ultimately choose the state.”

The administration of Mayor Bill de Blasio was less generous, announcing New York City would not offer any special subsidies or incentives for Amazon beyond the city’s existing programs. Gov. Andrew M. Cuomo did say that the state would provide a benefit package for Amazon, although he did not disclose any details.

On the same day New York City submitted its bid to Amazon, Mr. de Blasio criticized the company for its destructive impact on local shop owners. But at this point, neither that criticism nor the lack of an enhanced subsidy package has hurt New York’s chances.

“We’re not changing our approach,” said Alicia Glen, New York City’s deputy mayor for economic development. “We offered four very viable options in different neighborhoods. If you want to hire 50,000 incredibly smart people, there’s no better place. And a city that has art, culture, food and urban walkability are a huge priority for this generation of workers.”

The Partnership for New York City, a business group that has strongly supported the city’s bid for Amazon, said New York’s chances are good.

“Amazon is notoriously cheap and our costs our high,” said Kathryn Wylde, the Partnership’s president. “But in every other way, New York is a winner. It has the markets they want to reach, the talent and a strong history as a global retail capital. The question is, ‘Does Bezos sees the value of mixing with the global industries and market leaders that are based in New York?’ ”