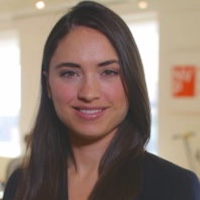 From the 7th floor of One Washington Park, it’s clear that the City of Newark is bubbling with potential. Whether you are looking out at the Newark Broad Street train station, just a 18-minute train ride from New York City, or inside one of the Newark Venture Partners’ (NVP) conference rooms adorned with hammocks, ping-pong and foosball tables, and even a Budha Booth – the energy percolating inside this building is palpable.

If you don’t believe it, talk with Emeka Oguh.  Emeka is a Newark native, having grown up on Sanford Ave in the Vailsburg section of Newark.  Today, after graduating from Rutgers and earning an MBA from Harvard Business School, he is the Founder and CEO of PeopleJoy, a tech startup selected for funding through the NVP Lab Program.  Did you know that a monthly contribution – as low as $50 – from an employer can reduce student loan payments by 1-3 years and help save the employee thousands of dollars in interest?  PeopleJoy is making it possible for businesses across industry sectors to support their employees in this way through a simple plug-and-play platform – and it all began here in Newark.

Yes, Newark has its issues.  Our public education system is in need of investment and upgrades.  We are behind curve on developing transit oriented and affordable/diverse housing. We need to do more to keep and grow job opportunities in growing markets and lift up the community through a stronger commitment to inclusion and equality.  Newark, like most cities, has work to do.

But who better to do that work than entrepreneurs like Emeka who are invested in the City’s future?  Any elected official can talk at length about Newark’s history as a capital of innovation, but a government incentive did not help Thomas Edison to invent the lightbulb, and no tax package could do what Audible has done for Newark since moving its headquarters here 10 years ago.  Audible is now the city’s fastest growing private employer, with deep ties to the local school system, pipelines to internships and employment, and incentives in place encouraging employees to live local, buy local and support the local economy.  Audible is a force driving Newark’s comeback story – not simply by giving (although they do that too) – but by growing, training, hiring and innovating.

As we continue to write Newark’s next chapter, NVP is taking lessons learned at Audible and applying them to tech startups. By focusing on solution-driven, tech startups in the B2B space – all headquartered right here in Newark – we have the ability to revolutionize the city’s entire landscape.  Today, we are funding companies transforming everything from background checks (Vetty) to small business lending (LendingFront).  We are betting on entrepreneurs like Vlada Lotkina who developed a better way for parents and teachers to collaborate (ClassTag), and Wole Coaxum who is reinventing the way minority communities access mainstream banking services (MoCaFi).  We believe in our companies’ ability to shake up entrenched industries – the way Designity is modernizing the traditional advertising agency model and access to creative talent. We are investing in entrepreneurs who have identified problems and deployed 21st century, tech-based solutions to challenge the status quo.

We aren’t alone.  Some of New Jersey’s biggest employers like Panasonic, Prudential, Dun & Bradstreet have partnered with us, providing mentorship and strategic opportunities for the companies we are supporting.   Even the New Jersey State government is starting to catch up, with the Murphy administration offering financial incentives to support entrepreneurship and boost the state’s innovation economy. NVP’s managing Partners Tom Wisniewski and Dan Borok have been advocates for an investment-based approach to revitalizing Newark, growing industry – and the community – from the inside out.  The right investments can offer new ways of doing business, enhanced ways to service customers, and grow a network and ecosystem built on productivity.

NVP Portfolio company Veritonic is another example of how innovation grows in the City of Newark and is nurtured by its neighbors.  Originally part of the second NVP Labs cohort, Veritonic is the audio effectiveness company–the first analytics platform built specifically to quantify the value of sound. Sharing a building and working with Audible, one of the most vanguard audio companies ever, Veritonic has been inspired to create a business that not only solves a problem for the market — the need to bring more data-driven decisions to the use of audio — but helps to transform it. The company is thriving with a team of 12 and plans to hire more following the successful close of a $2.5 million seed round.

Scott Simonelli, Founder and CEO of Veritonic said, “The City of Newark gave Veritonic roots.  It welcomed us in, gave us access to great minds and great mentors, and it became a space where we could grow.  We’re so excited for this city’s future.” Simonelli will participate in panel at this year’s Demo Day hosted at the Prudential Center on June 27th.  Register here to attend.

It’s true that Newark’s current tech ecosystem is still in its infancy, but with a steady diet of strategic investments and support from local stakeholders, it can grow to be our greatest asset.   If you doubt it, we encourage you to visit us on the 7th floor of One Washington Park, and you will see our tech community thriving, expanding, and developing the future.